Although every bulimic experiences episodes of bingeing there are certainly individual variations on binges. Some people may binge a few times a week, where as others may binge every day or multiple times a day.

Why do people binge?

You can learn more about the three types of bingeing in our free week long bulimia recovery course.

Do all bulimics binge?

When you first develop bulimia you may find that you don’t actually binge that frequently. However anyone who has had bulimia for some time can tell you that the frequency of binges usually always increases as time goes by.

When I first started purging I hardly ever binged, but that quickly changed.

Almost 11 years on at my worst I was bingeing all day long from when I woke up until when I slept.

Often when I binged I would go into a trance-like state.

People with bulimia can start bingeing on food without even realising it.

When you’re in this trance-like state it’s almost like your mind is clouded and often you don’t even realise you’ve started to binge until you’ve consumed a very large quantity of food.

If you have bulimia then I'm sure you've experienced this. Sometimes it can feel like someone else has taken over your body, the best way I can describe it is like being in a state of "nothingness".

I used to wonder "how will I ever be able to stop bingeing if I don't even know that I'm doing it?"

Luckily there is a lot about mindfulness in the Bulimia Recovery System and I learned how to become a lot more aware of my thoughts, feelings and behaviours in recovery.

What should you do after a binge?

Of course there are many reasons not to binge but as we all know it’s not always that simple. Sometimes, even in recovery you may slip-up and binge. As frustrating and upsetting as this may be it’s important to understand that relapse is part of recovery.

If you do binge you should:

1. Forgive yourself
2. Try you hardest to not purge.
3. Go straight back to your meal plan, even if this means eating soon after a binge.
4. Think about what lead to this binge and plan or make new strategies that may help you to avoid future binges.

(Bulimia relapses and how to deal with them)

What is a typical binge?

A binge is defined as the rapid consumption of a large amount of food in a short amount of time. A binge can consist of almost anything and will often very depending on what is available at the time.

Generally when you have bulimia you tend to binge on calorie dense foods that are rich in sugar and carbohydrates because your body craves those foods although it’s not uncommon for people to binge on very healthy foods and even liquids.

An average bulimic binge may consist of about 1,500 to 3,000 calories, although in very extreme cases some people may eat up to 60,000 calories or more during a binge.

How do you stop bulimia sugar cravings?

When you have bulimia you often experience very intense sugar cravings.

When you deprive your body of the nutrients it needs (either by restricting or bingeing then purging) you crave foods that are high in sugar and simple carbohydrates because they are very easy for your body to break down.

Basically your body wants to restore your blood sugar levels as quickly as it can.

So how do you stop craving sugar and calorie dense foods?

The answer is simple - you must stop restricting (and purging).

Of course that’s easier said than done but with the right information, support and guidance it is 100% possible to recover from bulimia.

When you stop restricting you are no longer starving your body of the fuel that it needs so you actually start to crave sugar and calorie dense foods less and less.

Before I recovered from bulimia my sugar craving were out of control, and chocolate was my poison. Now I’m fully recovered I’d go as far to say as I don’t even like chocolate anymore.

Another food I used to find myself bingeing on a lot was cereal!

Why is cereal so addictive? 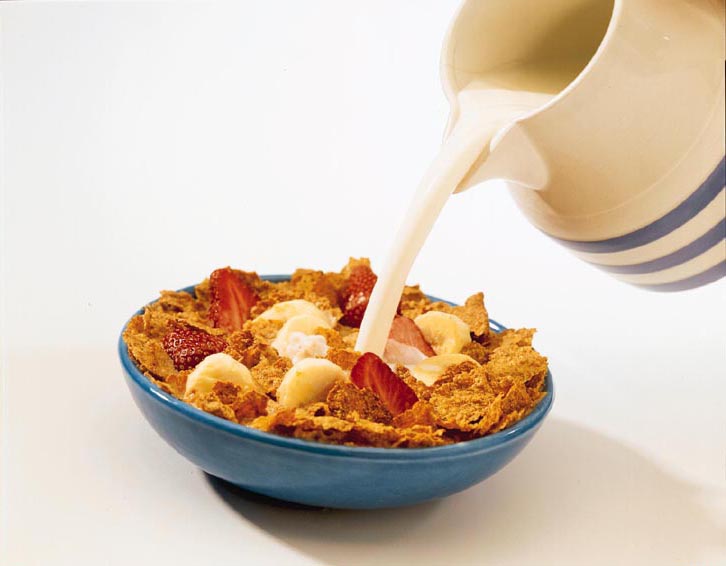 I used to binge a lot on cereal when I had bulimia and I thought I was the only one who did it until I came here.

I mean seriously who has a cereal binge? Of all the binge foods in the world, why on earth so many of us struggle with such a simple breakfast food?

Again generally I’d say sugar plays a big part. Most cereals appear to be healthy - and some may be, but many contain very high levels of refined sugar.

Don’t worry if you tend to binge on cereal, you’re certainly not alone! Recovery teaches you how to build up a new healthy relationship with all types of foods, even the really triggering ones!

Uhhhhh, WOW. Cereal is my

Uhhhhh, WOW. Cereal is my bulimia's worst enemy. So glad to know it is not uncommon.

It is the animate earth that speaks. Human speech is but a part of that vaster discourse. --David Abram, "Spell of the Sensuous"

Oh my ! I thought I just had

Oh my ! I thought I just had some random cereal fetish. I eat cereal constantly. Its so addictive! xx

“The journey of a thousand miles begins with one step.”
Lao Tzu

I agree- damn cereal! and

I agree- damn cereal! and anything with fat or sugar. thats my thing(s) right there

WOW. I love this article. So

WOW. I love this article. So comforting to know that I am not the only one who has regularly reached for cereal.

Looking forward to recovery. "Aspiration is a product of visibility"

Cereal is my binge food! If I

Cereal is my binge food! If I start with something else I always end up eating bowl after bowl of cereal in a binge.. so hard to stop! I can't wait until I do not binge anymore.