Home › Forums › All categories › You, Relationships & the World › deleted. 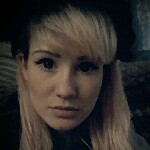 Oh darling. I feel the same

Oh darling. I feel the same exact way. Im so alone here. Unfortunately, I live all the way up in Canada. =[ All my friends and now like you said, even family, theyve grown tired of my stagnant progression. Its so hard feeling so lost.

): it's so hard, feeling kind of helpless, but not mean/wanting to feel that way, and it hurts even more when family just start to treat you like the "black sheep" of the family..in my case anyways... :/
i'm sorry you are going through such, as well, hun )):

I know exactly what you mean.

I know exactly what you mean. =P I guess the thing to remember is that it doesnt have to be like this forever. You WILL find people who love you no matter what and Ive found that sometimes the 'family' we create along the way is more important than the ones we were born with. <3

I live in indiana...what part

I live in indiana...what part of indy do you live in girly? I feel the same way? I have lost all of my friends as well because of my eating disorder and not trusting people:(

i live more northern indiana, close to a place called Logansport, if you know what that is? there isn't many people i know...or people who KNOW about my..disease. or whatever you want to call it. Trust becomes such a huge issue! i just wish people could understand and not feel like i would have to explain it for them to do so.. ):

I know exactly where you're

I know exactly where you're coming from. I have always wanted to get in touch with someone local who could relate to what I was going through but people were hesitant. What I ended up doing was being a support buddy with one of the other girls on this site and we would text each other during binges or when we felt like we were going to and helped each other out. I thought it was helpful but triggering in some cases especially when one of us was doing well and the other was struggling a lot.

just hold my hand i think that would help.

wow, that does seem like a good idea, to feel connected in some way. But i do see how you mean it may be difficult at times if one is doing better than the other. it's so hard, because it's sometimes just unpredictable! either way, through internet, texting, or face to face, helping eachother is only one of the best things we can do. Its comforting, in a way if you know what i mean.