Home › Forums › All categories › Side Effects of Bulimia › Emotional Growth/Stunt 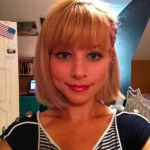 Although I am mature in several ways, I find myself coping/dealing with things immaturely at times and wonder if it for the same reason. Did I not mature emotionally past the age when my ED first began (20). Not using this as an excuse, just wondering if it is a reason?

While reading a recovery book it talked about this and how eating disorders "stunt" emotional growth. What do you think/feel about this?

And for those of you who have recovered or who are near the end of your recovery do you feel this starts to digress if it applies to you?

Gosh, that has given me

Gosh, that has given me something to think about seeing that my ED started age 11 and I am now 42!
I'm not sure I agree completely with the idea that I haven't developed at all emotionally past that age, but I do believe that I picked up some very destructive ways of dealing with emotional issues along the way.
At times in recovery I have experienced a sense of not really knowing who I am without the ED, so maybe that is similar - I never had the chance to develop as me without the ED affecting choices and decisions.
I will be interested to read what others have to say on this!
xxxxx

I know exactly what you mean.

I know exactly what you mean. We are so much more than bulimia though. It is hard when something has controlled your life for so long to see yourself as anything more than an addict and a label. Recovery is all about discovering who we really are. We are SO so SOOOO much more than the lies we tell ourselves.

I'll add my two cents here, for what its worth. Interesting topic!

Although I do believe that having an ED prevents us from dealing with our emotions in healthy ways some of the time, I don't think its true that you just stop growing at the time you develop the ED. That sounds like too general of a rule for one thing. We're all very different. You can't apply one rule like that to a group of hundreds of thousands of people with varying backgrounds and experiences, just because we share the same disorder. The second reason I don't think its true is that bulimia doesn't become your entire life and entire identity. You are still a good person even with an ED. You are still developing, learning and growing, just not always learning and developing healthy habits.

I think we should cut ourselves a little slack here and say that while bulimia does stop us from dealing with emotions in a healthy, constructive way at times, that may be true. But I don't think we're a bunch of immature, undeveloped people running around. I work with so many amazing people who are recovering. They are certainly developed beyond their 'bulimic age.'

Sometimes myths like that only make you feel worse, so there's no reason to accept them as true. Its kind of like saying you never fully recover- you just manage to live with ED forever. Umm.. false!

I'm glad you brought this up. I've heard that statement before, but didn't realize it was widely accepted as being true.

Oh thank you so much for

Oh thank you so much for sharing what you think!

I hope that is true and i can see how it could be destructive for some people to believe they aren't growing. I think i have prevented myself from dealing with certain aspects of growing up and maturing because I let my ED control so many areas of my life. But I don't think in any way that it has made me handicap from allowing myself to mature in those areas if I am wiling to face them and deal with them. Does that make sense?

Hi there! I try to look at my

Hi there!
I try to look at my ED as one of the biggest blessings ever. Although I don't wish it to anyone, if I hadn't had it I don't think I would be as wise and as in tune with what matters to me beyond my looks. Dealing and overcoming an ED is a huge thing that really requires changing completly how you think. Even though at times I think I can be a little too self centred etc. I am also super proud of all the earning I have done since joining BHM.
Night! Yes thanks for the topic!
X