This goes to everyone who might still be watching Glee. I used to be a huge fan back during season 1, now I only watch because it hase a few good songs and moments...

This season, the producers seemed to want to tackle more issues than homosexuality and alcohol or safe sex. Now they've finally come around to the issue of food!

Why I'm posting: on the one hand - hooray for Glee to adress such an important issue! I mean, they've had homophobia, transsexuality, alcohol, teenage pregnancies, etc. And now eating disorders. So great for putting the audience's focus on that.

BUT all they showed were the flawed arguments to support a bulimic life style. Yeah, Marley collapsed but no one cared! no one discussed the cause! There's just one scene where Santana discovers laxatives in Marley's purse but other than that it's "B is so great, it helps me keep my figure" all the way.

How can the producers do that? Are they aware that they might actually give some kids the idea to start purging in the first place if they keep introducing the plot arc like this?
And then all this talk from Marley's mum about fighting to keep her figure? Glee used to be about being different and being PROUD of it - not desperately trying to fit in.

And it makes me really, really furious because next episode doesn't look like we're going to see any b-is-catastrophic-to-your-health talk....
Is there anyone equally angry? Or what do you think? Is this the way to adress the issue in a format like Glee? 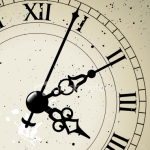 ok, i know that you posted

ok, i know that you posted this like 6 months ago, but i can't believe this. i stopped watching Glee after the 2nd season because it got too "let's talk about serious issues" for me. but this is outrageous. i feel like this is just another example of how people really don't understand what we go through. people seem to think that we can quit any time we want and "oh it's just a diet phase." (well, i guess i thought that when i started.....)

Regardless, thank you for bringing this to our attention!