Home › Forums › All categories › Introduce yourself › I am new here and I want to get better!

I am new here and I want to get better!

I am new here and I want to get better!

Hi everyone. My name is Shirley i am 24 and I am an Asian girl. I found this program and I decided to give it a try. So here i am!

I have been living with Bulimia for 5 years and noone knows my problem. I overeat everything, I am fat, and I have to use laxative to compensate the guilty feeling i have. I am really lonely. I am trying to control the amount of food i eat everyday and trying to lose weight. Everyday seems like a battle to me. Still, I have failed in both and I began to worry about my health.

I hope you can be my friend so we can share our feelings together. I am a very good listener :)

Hi Shirley. My name is

Hi Shirley. My name is Annemarie. I joined over 2 years ago. At first I wasn't too sure about the structured eating and I was afraid to gain weight, but I surrendered to the program and actually tossed out my scale. I remember feeling somewhat liberated when I finally reached my first month without purging. During that time there was a marked decrease in my binges, and my overall emotional health seemed to be on the upswing: more energy, mood swings leveled out, less anxious during the day, less depressed at night, and although I was still occasionally self-soothing with food, the amount of found I'd consume was much less than before I started BHM . As it so happened, I gained weight initially, and my clothes got almost too tight to wear, but I could still get by without having to purchase an entire new wardrobe. Hallelujah! About three months in, I realized I wasn't experiencing cravings anymore. Then over the next three months, I dropped 10 pounds without even thinking about it! I felt as if I had experienced a miracle! I was able to maintain for over a year, and at that time I was sure I had 'recovered.' Now another year later, I realize that I wasn't at all healed, just in 'recovery.' This year has been tough for me, and I completely relapsed last January. My Mother passed away and when I went home for the funeral I had my first binge in over a year and a half. I 'told' myself that I'd be ok. It really wasn't ok. That first binge turned into a second, then third; they in turn led to purging again. In just a few months I gained all 10 pounds back. One would think that I'd just get right back on this program and start over, right? I wish that's what I would have done. The truth is that I started dieting and restricting and weighing myself and constantly telling myself that I was disgusting and miserable. Finally, after three months of unsuccessful dieting, I'm back here. I know this works, and I know I will be able to find recovery again. And today I'm telling myself that I will never let myself forget the hell I've been through this year. But I'm not going to blame myself. I'm trying to love and accept all of me, flaws included. I'm just now beginning to understand what it means to forgive yourself. For me, this past year has proven to be both a learning experience, and a reminder: once a bulimic, always a bulimic. I hope you soon find the peace and joy in recovery that awaits for all of us.
Your friend,
Annemarie

Annemarie, I just started the

I just started the program today. Your story inspired me and I could so relate to your feelings and looking to food for comfort . Thanks for sharing this works! It helps!!! 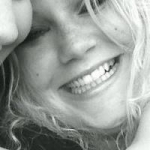 Welcome Shirley!! I am so

Welcome Shirley!! I am so glad you have found this site!! Im here to chat anytime
AnneMarie... Your story is really inspiring!! its really given me hope... Thaanks for sharing Xx

'Learning is a gift. Even when pain is your teacher.'