I just have to say that I've been B/P free for 6 weeks now and thanks to the extensive research I've done on Macrobiotics. After reading the Bulimia Help method I was excited to start my new life guilt free. After about 4 1/2 weeks my clothes started to get to tight and I was not binge eating, just following guidelines. I really couldn't handle the fact that this was how I was supposed to look after recovery so I read Alicia Sylverstones book "The Kind Life" recommended by Oprah and this book changed my life. I followed the guidelines and not only do I feel and look better, I'm now back into my jeans with no effort. I have more energy than I've ever had and people are noticing a difference with my moods and looks. I can eat as much as I want with little or no exercise and look the way I want to look to feel great inside and out. Of course I'm following the "superhero" part at the back of the book which is a milder form of Macrobiotics.
I'm inspired about how great I feel that I just had to tell others in hope of helping people with this terrible disease. I can now live again......See you later Bulimia!! 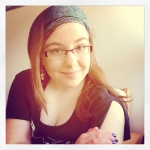 This is quite an old post but I want to say CONGRATULATIONS on feeling so much better with the Superhero diet! A couple months ago I got Alicia's book, too, and started incorporating her food/lifestyle advice into my own life. I'm not perfect, of course, and due to a number of circumstances I let myself slip up badly with b/p this week ... but still, The Kind Diet has helped me A LOT. Before I read it, I was trying to eat a much more restrictive diet than the Superhero diet, and failing a lot more. I think that since it is not a "diet" persay, but more of a system of balancing your life and listening to your intuition for your own body -- I think these factors make it an appropriate fit for Bulimia Help's method. :) Are you still doing Superhero? I'd love to chat about it :)

"It's only after we've lost everything that we're free to do anything." - Chuck Palahniuk

Hi, what are the main ideas

Hi, what are the main ideas in this book I wonder? :)

Hi, belli. I have this book

Hi, belli. I have this book and I think it's been wonderful for me while I recover. I've been vegan for nearly 20 years, although with my eating disorders being so bad I didn't stick to it for some of this time. I only got the book a couple of months ago but it's done wonders for me with regards to getting back on track with cooking, where to source some foods, macrobiotics and vegan ism tips and thoughts.

It's basically about being a vegan and living a vegan lifestyle for the animals and environment. It's not about being a vegan for health as such, although it recognises this as a very good side effect of being vegan. It also talks about macrobiotics and using whole grains etc in your diet.

It's really useful if you want to seriously commit to a vegan lifestyle for the sake of animals, but maybe not for you if it's just as a diet. For me it's a lifestyle and lifelong commitment that I wanted to reaffirm after being with my EDs for so long and it's the best thing I've done in a long time.