Home › Forums › All categories › You, Relationships & the World › my husband just left me because he says i am 'stealing his food'

Yes, thats right. He was away last night and I ate the whole bag of his opened fruit licorice snack things, and even though I replaced the bag (i even opened it and took a few so that he might not notice), when he came home and started snacking, he wouldn't give me any. When I asked why he wouldn't share, he freaked out and said that its his food and i always get into his stuff. I really don't understand why it has to be so separated - i mean we've been together 14 years so why he is so bent out of shape about this is petty and stupid in my opinion, but I figure it must be his breaking point. I guess he just doesn't want to be with me and is using this as a reason to break up. Either way, I told him before we even started dating that I have an issue with food. He told me tonight that I was right, I should never have started dating him with my food issue. He also believes that i am a hippocrite because i am a nutritionist and weight loss coach and he called my occupation fake, fake, fake. I feel destroyed. I have tried so hard to not let this food issue ruin my life and now its made me lose the one person I love the most. But at the same time - isn't it selfish that he doesn't want to share 'his' food?

OMG This is awful! Im so

OMG This is awful!
Im so sorry he left, there's surely got to be more to this than his liquorice laces!
This isnt your life ruined, this is still so recent & raw its impossible to know if this is the end or a break etc
But its a good time to start to concentrate on just you, without his needs & to get started on recovery & SE without any interference!
As for him telling you you shouldnt have married him!!!!! What, Was he not there too? Did he not have free will?
This sort of comment Im sure was made on the spur of the moment & not really meant, but it seriously stings!
It might not be much comfort at the moment but you will get through this one way or another, & probably stronger.
Keep us posted & try to look after yourself, this bad news means you will need even more care & kindness. Make sure you look after yourself as best you can ok?
xxxxxxxxxxxxxxx 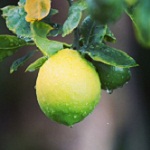 June- I completely second what Jo wrote. I am here to support you. You are not alone.

Love alone is worth the fight. - Jon Foreman

Thank you so much I am

Thank you so much I am crushed...my soul is sucked dry...the insults he said about my career are the most hurtful of all...

Totally understand that feeling of being crushed hunny, Im so sorry you have to work through this xxxxxxxxxxxxxxxxxxx 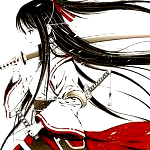 Hi junegirl, I agree with

Hi junegirl,
I agree with everyone. There's is more to him leaving than just liquorice. And if he SERIOUSLY left you over liquorice, well, maybe you are better off without someone so petty and childish in your life. Those comments about your career was just totally uncalled for.
I have spent years and years trying to recover, and it wasn't until I was single (been single for 2+years now) that I've made serious progress.
I know you're heart-broken and crushed right now - your world has just done a 180. But hang in there, focus on yourself and your needs for now. Please keep us posted.