Home › Forums › All categories › Bulimia Support › Not getting anywhere 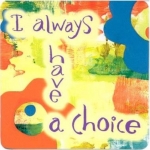 Feel like I can't stop! I start so strong and keep failing, I don't knw wht to do anymore.

Try not to look at it as

Try not to look at it as failing. Each time you start strong it takes you a little further. Truly! Changes are hard, but try to look at what one small change you could make that would help you go a little bit further. I don't know where you're at in your recovery, but maybe even just identifying what type of b/p urge is bringing on your slips will help. Are your urges physical or mental? Are they from your body wanting to be fed or from your mind trying to find a way to cope? BHM has tools to help with both :-)
My first few slips were definitely telling me that I needed more calories each day. (It took me a while to figure that out.) When I got past that fear and started to eat more at each SE time, then my binges urges lessened and I didn't fall back to b/p.
Keep trying!

Thank you so much! You reply

Thank you so much! You reply is so inspiring and makes me want to fight and stay strong.
How long have you been recovered?

I'm working toward some day

I'm working toward some day being able to consider myself fully recovered :-) I'm 7 months in to recovery and farther along than I've ever been thanks to BHM. I'm currently dabbling in Structured Intuition. SE was a life saver for me, and I still eat around my SE times but without rigidly planning my meals in advance. I'm still struggling with some fear foods, some body image, and the occasional thought that I'd really like to throw in the towel and feel the release of a purge. BUT.....those thoughts aren't very often at all and they're manageable. Most days I think I've come far enough that there's not really risk of full relapse.
I've come this far, and I was one of those that absolutely lived for b/p - anywhere from 5 to 30+ times per day. So, I believe that you too are able to break the cycle long enough to see the light at the end of the tunnel!

When you first started this

When you first started this program, did you have frequent set backs? I just keep getting the urge and I know I am only a few days in and must stay strong and positive but get very discouraged and cant help but want to and usually cave. any pointers you have to fight those urges. they seem to be so strong that my thoughts cant break away from them.
side note, congratulations to you on 7 months process and your progress!!!! you really make me feel there is hope. thanks again also for talking to me and replying.
you are a blessing :)-

Oh that's such a hard time!

Oh that's such a hard time! Those urges that seem uncontrollable pop up regularly and on top of that you're bloated which is a huge trigger for anyone that's bulimic. I mostly just had to look toward the future and trust that it would all eventually pass just like other recovered people said. I had crazy urges most every day for a while. In the very beginning I think the only thing that worked for me was talking to myself (lol) and using distractions. Distractions aren't good to use for everything because I believe there are emotions and such that we eventually need to face. But distractions are a great tool in the beginning since they help to move you in to a place where you're able to better cope with all of life. I had to make a commitment to absolutely stick to my SE times. When I had an urge I'd literally talk to myself or write to myself with reassurance that the binge wasn't necessary because I was no longer going to starve my body. I'd eat a decent sized full meal and know I'd done something good for myself but be crazy upset that 10 minutes later I'd be ravenously hungry and desiring to eat til I couldn't hold any more food in my belly. It was hard but I would just keep repeating to myself that I could make it for a couple hours and wait to eat at my next SE time because I was planning to take in more food very soon. Sometimes I would lie down and listen to the mind power audio when and urge hit (up to 5 times a day), sometimes I would go for a gentle walk while listening to the recovery stories from this site because they inspired me (I've played them all numerous times), sometimes I would sit and read all the info I could on here because it was comforting to know that there were so many others out there who understood my struggle and who I could reach to if I needed.
Recovery does take time and effort. A lot of time and effort. It's not easy but it is possible. It takes knowing yourself and anticipating your own triggers. Everyone slips so don't worry about that as long as you keep trying. Identify some of the reasons you really want to recover and keep motivated with those. Don't forget to reward yourself for the times when you've had some success. Look at the overall picture. I was one that lived for b/p - would eat any food available to capacity and then throw it up anywhere from 5 to 50 times a day. I did that every single day for many years so when I was able to go just three days without an episode I celebrated! No recovery is perfect, but progress is progress. I spent time planning out how I was going to treat myself instead of abuse myself. And it was easier than I thought because when I put aside all that b/p, I was saving lots of money! So I set dates for milestones and rewarded myself at times like 1 day, 3 days, 1 week, 2 weeks, 1 month, etc. I'm still celebrating 1 month intervals :-). Even with slips, you know? My 5th month had more slips than any of the rest but I was way better overall and I was still celebrating 5 months being in recovery. Life gets easier when we learn that nothing is perfect.
Hopefully others will also comment about getting over that first recovery hump so that you can have some more useful information to go off of.

Thank you for support,

Thank you for support, replies, and suggestions! Nice to log in on here and see someone cares! Failed horribly again today but very hopeful for tomorrow !!!! :)