Home › Forums › All categories › You, Relationships & the World › PTSD

I have been reading about this condition, complex PTSD. I think it could be relevent to many of us. It is a fairly new disorder & is not in the latest version DSM IV. I would be very interested to hear what you guys think in relation to your own experiences.

Share on printShare on emailShare on facebookShare on twitterMore Sharing Services
Search PILOTS, the largest citation database on PTSD.
What is PILOTS?
Julia M. Whealin, PhD and Laurie Slone, PhD

How does short-term trauma differ from chronic trauma?
The diagnosis of PTSD accurately describes the symptoms that result when a person experiences a short-lived trauma. For example, car accidents, natural disasters, and rape are considered traumatic events of time-limited duration. However, chronic traumas continue or repeat for months or years at a time.

Clinicians and researchers have found that the current PTSD diagnosis often does not capture the severe psychological harm that occurs with such prolonged, repeated trauma. For example, ordinary, healthy people who experience chronic trauma can experience changes in their self-concept and the way they adapt to stressful events. Dr. Judith Herman of Harvard University suggests that a new diagnosis, Complex PTSD, is needed to describe the symptoms of long-term trauma (1). Another name sometimes used to describe this cluster of symptoms is: Disorders of Extreme Stress Not Otherwise Specified (DESNOS)(2).

Because results from the DSM-IV Field Trials indicated that 92% of individuals with Complex PTSD/DESNOS also met criteria for PTSD, Complex PTSD was not added as a separate diagnosis (3). However, Complex PTSD may indicate a need for special treatment considerations.

What types of trauma are associated with Complex PTSD?
Judith Herman notes that during long-term traumas, the victim is generally held in a state of captivity, physically or emotionally. In these situations the victim is under the control of the perpetrator and unable to flee.

Examples of such traumatic situations include:

■Concentration camps
■Prisoner of War camps
■Prostitution brothels
■Long-term domestic violence
■Long-term child physical abuse
■Long-term child sexual abuse
■Organized child exploitation rings
What are the symptoms of Complex PTSD?
The first requirement for the diagnosis is that the individual experienced a prolonged period (months to years) of total control by another. The other criteria are symptoms that tend to result from chronic victimization:

■Alterations in Emotional Regulation. May include persistent sadness, suicidal thoughts, explosive anger, or inhibited anger.
■Alterations in Consciousness. Includes forgetting traumatic events, reliving traumatic events, or having episodes in which one feels detached from one's mental processes or body.
■Changes in Self-Perception. May include helplessness, shame, guilt, stigma, and a sense of being completely different from other human beings.
■Alterations in How the Perpetrator is Perceived. Examples include attributing total power to the perpetrator, becoming preoccupied with the relationship to the perpetrator, or preoccupied with revenge.
■Alterations in Relations with Others. Examples include isolation, distrust, or a repeated search for a rescuer.
■Changes in One's System of Meanings. May include a loss of sustaining faith or a sense of hopelessness and despair.
What other difficulties do those with Complex PTSD tend to experience?
■Survivors may avoid thinking and talking about trauma-related topics because the feelings associated with the trauma are often overwhelming.
■Survivors may use alcohol and substance abuse as a way to avoid and numb feelings and thoughts related to the trauma.
■Survivors may also engage in self-mutilation and other forms of self-harm.
Blaming the victim
A person who has been abused repeatedly is sometimes mistaken as someone who has a "weak character." They have been misdiagnosed by mental health providers as having Borderline, Dependent, or Masochistic Personality Disorder. Survivors have been unjustly blamed for the symptoms they experience as a result of victimization. Researchers hope that a new diagnosis will prevent clinicians, the public, and those who suffer from trauma from mistakenly blaming survivors for their symptoms.

Summary
The current PTSD diagnosis often does not capture the severe psychological harm that occurs with prolonged, repeated trauma. For example, long-term trauma may affect a healthy person's self-concept and adaptation. The symptoms of such prolonged trauma have been mistaken for character weakness. Research is currently under way to determine if the Complex PTSD diagnosis is the best way to categorize the symptoms of patients who have suffered prolonged or repeated trauma.

Wow that is really

Wow that is really interesting, Jo:)
I have ptsd, several short-term incidents and one long term. I've often wondered if that played any part in why
I turned out the way I did, bulimic and all.
Even tho I am now away from those incidents, I still have most of the typical symptoms, like the re-living thing, the forgetting of some incidents, and avoidance..It's not an easy thing to make sense of.
I will check out the link~ thanks for posting it! 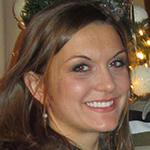 That is very interesting.

That is very interesting. Having come out of 2 consecutive abusive relationships, I can definitely relate to those feelings. I do believe that repetitive trauma has contributed to my eating disorder. Especially the last relationship, because no matter how thin I got, he always made me feel fat. I was eating so little it's no wonder I started binging. I also think that I am in survival mode all the time, and often I do use food to numb the pain.

“In three words I can sum up everything I've learned about life: it goes on.”
― Shannon Alder