Home › Forums › All categories › You, Relationships & the World › A question for you????

I was wondering and interested in other people's thoughts on this. This morning i was walking by the river when I saw a girl of probably around 17 years of age. She was clearly anorexic. I just wanted to go up to her and say :

Hey, You may want to tell me to go take a running jump but I just wanted to share something with you. I wanted to tell her how beautiful she was even thought she probably doesn't see it. You could see it if she wasn't so skeletal she would be.

I wanted her to know that I had been where she was and I didn't want her to go through possibly a lifetime of suffering like me. Of probably going through years of therapy and counselling that probably won't even work. No doubt her anorexia would turn into bulimia. I just wanted to say there is a fantastic website called BH and if she wasn't ready for it to keep it in the back of her mind.
Anyway, I didn't say anything but kept on walking. I feel SO guilty for not sharing it with her. I think that everyone who has a problem should be given the chance to see it for themselves.

DO you think this would be a bad thing to do??? WOuld you do it??? I would really be interested to hear people's thoughts as next time, i may just pluck up the courage to do this?

Im not sure lovely, its

Im not sure lovely, its really difficult to know. I have been in this situation many times & I have wondered about speaking. I spoke to that chap at work but that was about depn, ed, alcohol & sh & he had already told me his wife struggles with both depn & sh.

I often would like to talk to people but worry what if they are in denial, what if they are ill with something else? Then I wonder, what can be lost by taking some action? Probably nothing, my conclusion is that if we are feeling brave enough then saying something is probably a good way to act

No you're not. I thought

No you're not. I thought about that too, what if they were sick with something else as I know sometimes it can be because of something. It will be interesting when I am in that situation next time.
Thanks for sharing though x 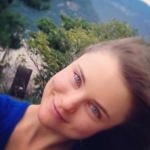 Thats got to be tough! I've

Thats got to be tough! I've had the same situation before and honestly, I've been that girl, and what resonated with me the most is when people just loved me and were there for me to listen. Any time someone mentioned the word "anorexia" I bolted... So my opinion is just be her friend... say hi. Treat her like a normal human being and see the best in her, and let her some along at her own pace. Everyone has their own time for recovery and you can't rush it... I know we want to though... I guess its just surrendering her to God, and loving her while she's on her journey..

One of the constants I've

One of the constants I've noticed about this disorder is the aversion to having someone put it in my face - even if they were trying to be supportive, I would want to punch a person for clearly not getting it if they were approaching me about it. I was at a pub last night where the bartender was really underweight and to me looked clearly anorexic. It's hard to stuff the urge to reach out, but I think it just reinforces the isolation. Just my thoughts.

I have done this and it's

I have done this and it's very rewarding. The person I spoke to actually broke down and cried and told me she thought no one else in the world had rituals with food the way she did. She was much, much younger than me though. Now she confides in me occasionally, not that often but she knows I'm here for support so I think it all depends on the situation and how you feel about it. It does feel good when you feel you've helped someone though.

That's a super tricky one. I

That's a super tricky one. I had crohn's disease as a teenager and was very emaciated - much thinner than I ever got through anorexia. Strangers would say or imply things to suggest I might have an eating disorder, and I'd feel so hurt. I was hurting from the illness, and now people were implying it was motivated by the desire for weight loss. I remember going to buy a pair of jeans when I was really sick in high school (my eating disorder started late - in my early 20's - probably partly due to the rapid shifts in weight from the crohn's and subsequent desire for control) - and the clerk snapped, "go check the little girls department." And I was already feeling so sick and had chills and was scared by my rapidly declining health. Friends invented nicknames that centered around my bony frame and teachers would watch me like a hawk during lunch. I was too young to comprehend the ways in which adults were victims of a weight-ist society and they were projecting frustration and fears onto me.

So, that's my perspective from one angle.

From the angle of being an actual woman who suffered from an eating disorder and having been around many people with eating disorders, I like the idea of approaching someone who might be in need. And the words you had considered saying - things like, 'you're beautiful, I wish you good health, I hope you aren't suffering,' could have done wonders. Especially if it comes from a place of sheer love rather than fear or anger or desperation. Each of us have the ability to help people who are currently suffering, and that's one of the greatest things about getting better.

Based on what you wrote, I bet you would have handled it beautifully if you had spoken to her. And now you've had more time to think it over, so if the opportunity arises again, either with her or with another woman, you'll be even better equipped to express care and offer some perspective.

it's really important that women (and men) support one another, regardless of anyone's weight. So many divisions are created when we're really all suffering from different facets of the same "ill" society that simultaneously feeds us toxic, intoxicating foods while also feeding us poisonous messages about uber-thinness.