I've been reading a book by Brendan brazier! who is a vegan athlete and big on nutrition. He talks about cravings, which can play a major part in vegan nutrition if you don't balance your food well. I thought I'd share his perspective on curbing cravings, which would apply to anyone's diet, meat eaters or veggies alike. Most of us probably know all this, but it's good to have it spelled out in front of us as food for thought, excuse the pun.

When I mean stimulation, I mean that in a very broad sense, such as stimulation from foods or drinks, such as caffeine and energy drinks, but also that of stimulating activities, such as listening to music, watching a football game or going for a walk and taking in the sights. Anything that causes an adrenaline rush is stimulation.

This leads to a "high" where it feels like you have more energy, or have received more energy from sugar in drinks or foods. These highs are short lived and short acting and once they wear off can lead to a "low" where blood sugars plummet, adrenaline levels fall and we feel like a pick me up to get us back to another high or period of good energy.

Unfortunately, such lows make us crave those short acting solutions again, such as coffee, chocolate, sweets, ice creams, anything that will give us a quick fix to our fatigued and tired bodies. We rarely think of making nutritional meals with long acting carbs at this point and so we get trapped in the quick fix/fatigue/quick fix cycle.

Providing our bodies energy through nourishment helps us avoid these ups and downs in blood sugar, thus helping prevent cravings. Instead of using a quick fix for a pick me up, it's worth giving a bit of thought to what we put in our mouths which will help curb thins such as late night cravings or early morning sugar lows.

He talks about recalibrating our bodies by destimulating them for a short period, say three days, where you eat nutritious foods such as greens, veggies with little else, then after that period is up, just eating fruit can feel as stimulating as a cup of coffee. Of course that's extreme, like a detox and probably not easy to go about when you have bulimia, but we can try to remove those stimulants for a few days, such as coffee, chocolate or sweets for a short period, without it being diet like behaviour. By nourishing our bodies well during this period, we lessen stimultaion, provide ourselves with long term energy that won't fatigue our adrenals and help ourselves in the long term by aiding the process of reducing cravings.

I don't know if this is helpful, or I'm just sounding preachy, but I found his books and insight really useful in aiding my recovery, so I thought I'd share.
He also has a website called thriveforward.com which has some reading and videos to watch which some of you might find helpful if you are into nutrition.

Here's to recovery and whatever helps us get there! 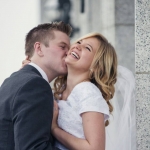 I've found that when I mess

I've found that when I mess up my body doesn't know how to handle sugar and has no 'that's enough' threshold. But when I eat well, I have a pretty low tolerance for added sugar. I don't even want it! So when I am retraining my body to eat regularly and healthily after a mess up, I try to avoid sugar as much as possible until I'm back on my feet. It helps me a ton. I wouldn't recommend the extreme he endorses because that is restriction and I know from experience that when I try this it makes me crave it so much I relapse, but I do think there is something to be said for limiting sugar (reasonably). I can't speak for caffeine though because I don't drink it.