Home › Forums › All categories › You, Relationships & the World › Told my boyfriend... now love him even more

Told my boyfriend... now love him even more 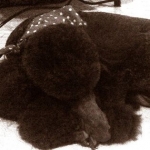 Told my boyfriend... now love him even more

It was lingering on my tongue from the moment he got home from work last night. After starting my first day in recovery and feeling strong it seemed like the right time.

Early in our relationship I had told him I had "food issues" and that I had previously been bulimic. We never really discussed it and I hid the fact that it was an ongoing issue. There have been several times in the past where it has almost bubbled up out of me, but I could never quite get there. Always so terrified that he would see me differently, think I was weak or disgusting, greedy, not understand. That he would never be able to look at me or love me the same way again.

All my fears could not have been further from the truth. I told him I needed to talk to him and didn't know how. He told me to tell him whatever it was. So I held my breath a few seconds then blurted out that I had started a bulimia recovery program. That I had relapsed. He smiled and asked if that was all. Not in a dismissive way, but in a kind way. He went on to say he understood it was important to me, asked how he could support me, told me he loved me more than ever and that it didn't change the way he saw me. He explained his surprise that I could even think it would effect his opinion of me. He asked lots of questions about the disease, how it started, what it meant. It was surreal to discuss it openly, out loud. He is someone who is very conscious about weight and fitness, and when I explained that recovery could mean weight gain he didn't bat an eye, told me that he understood, that recovering was all that matters.

It is still going to take a while for him to learn how to support me (this morning he suggested we have cake for breakfast) and it will take a while for me to learn what support I want from him. But let this be a story of hope for anyone who is hiding their bulimia from their loved ones... you may be shocked by how much benefit can be gained from telling someone. I am so proud of my boyfriend, and feel closer and more in love than ever :)

What an amazing boyfriend!

What an amazing boyfriend! You are so lucky, I don't think people really understand this disease and it sounds like he was open and not judgmental. This kind of support will help a lot

When you are going through hell, keep going.

Wow, this is amazing, thank

Wow, this is amazing, thank you so much for sharing this experience. I had a really similar experience with my husband, he was really supportive and it ended up making a huge difference to me.

Of course like you I also realized it was going to take time. I think one of the most challenging aspects is getting them to understand the concept of triggers (like offering cake for breakfast). It's certainly something that takes a bit of time, but how amazing to be able to talk about it openly for the first time.