Two "any foods" per day

Two "any foods" per day

I want to know how do you deal with this step? It's been a while since I started the bulimia help method and I thought that I was almost cured but I realised that I was just "In control" about binge but the problem was there and stronger as ever. I still fear a lot of types of food; when I eat things like bread, pasta, bakerys and sugar (in candy or desserts) I felt and still feeling very anguished about it. After eat it I feel how my bra or my pants feel more tigh and in the end of the day I was depressed and thinking about tomorrow and I will not going to eat this or that because I'm still concerned about my weight.

I feel very dumb because I though I was having a progress. ANd I decided to re-read the bulimia help method to know where I lost the path. Finally I found that I did never stop to restrict some kind of foods because I'm afraid of gaining weight.

The last week I started to eat 2 "any foods" every day but I need some advices to deal with that because I don't know if I'm doing well.

First, I want you to ask how did you start with this step?

Because it's been a long time since I'm scared of sugar I find myself eating all days a brownie, a cookie, a donut or others "junk food"
DO you think it is normal to want to eat that kind of things everyday and to wait with impatience the sugar moment?
Do you think one of those days I will not think all the day about this moment?
I don't know if you undertand what I'm trying to explian like situation. Anyways I would ask to you if have somme advices or tips, and if you can cheer me up about that. I think it is the ost difficult thing I have ever do in my life.

Hope someone can help me. 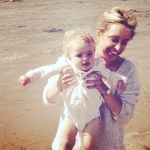 Hi Olivia I'm new to the site and starting out with structured eating so I can't really give you any words of advice as your probably doing better than myself!
I hope your having a good day take care x

How long have to been b/p for

How long have to been b/p for or are you still getting there on that front?x

Hi, this was such a hard step

this was such a hard step for me, since those foods were the things I feared most.
For myself I remember Pizza being a HUGE no-no, and if we ever had it it was a full blown BP no matter what, everytime. I knew this and therefore I feared it, I knew I was incapable of having a slice or two, or even 1, I would go nuts. It became such a big thing for me.

When I started recovery we would order pizza every now and then. and the anxiety I felt was insane, i could sit and weep in front of my bf about the damn pizza. We would eat together and afterwards I'd feel like I wanted to hide myself under the floorboards it was so uncomfortable. But I kept myself in the livingroom next to my bf.

Despite being a horrible evening just cause of the pizza, I did this multiple times during recovery, and slowly but surely pizza lost it's glory, it came down from it's pedestal, I can have it whenever I want, so I don't have to binge on it, I don't need to have it either, I can leave some, It's not a big deal. But it took several "session" of crying and feeling terrible. But looking back, those times were worth it, to be able to be where I am now, recovered and expecting my healthy little baby girl, which I never thought would happen.

It really is true that the darkest hour is just before dawn. It's not easy, it doesn't go fact. But introducing these "fear foods" into our diets is a step we need to take. and in the beginning it will be crazy, it will feel insecure and over the top. But it will even out with time.

Life is too short to not be happy