Home › Forums › All categories › Food Issues › Vegetarian/Pescetarian/Vegan? Does it play a role in recovery??

Vegetarian/Pescetarian/Vegan? Does it play a role in recovery??

Vegetarian/Pescetarian/Vegan? Does it play a role in recovery??

Hi All,
I've basically been a vegetarian, sometimes pescetarian (which means eating seafood), for about 10 years now. I eat dairy (organic greek yogurt) but not meat. I don't eat meat for various reasons including health, environment, and ethical reasons. But part of me wonders if it influences my bulimia at all since I became a vegetarian around the same time. To clarify, I do not eat meat in BP cycles either, but I do eat cheese. I don't feel I crave meet and never really cared much for it when I did eat it. But is it possible I'm missing a nutrient? I take a multivitamin and B-12 supplement. Every once in a while I may eat some seafood. Part of me wants to go vegan for ethical reasons, but I'm not sure that it is healthy for me. I've tried being vegan before but I didn't think I was doing it correctly and didn't feel great.

Also, I have had ridges, horizontal and vertical, in my nails for the past few years now. My nails split in half too, and I can't help but wonder if it's from missing a nutrient. My doctor said it's probably from stress or washing my hands too much but that doesn't make sense to me.

Anyone have thoughts or experiences with this? I really don't want to eat meat, but just curious if anyone is vegetarian, pescetarian, or vegan and recovered.

I very,very,very rarely eat meat (3-4 times a year). I rarely eat fish(1-2 times a month). I recovered. Actually, tomorrow will be 19 months since my last purge.
Just eat adequate protein, carbs and fat and you should be good. I don't think you are missing any nutrient from not eating meat. I am not a dietitian though.

Hi Samoshka, thanks for your

Hi Samoshka, thanks for your feedback and input. I just got my blood tested today so I will find out if I am deficient in anything.

Also, congratulations on your

Also, congratulations on your 19 months! That is awesome! What would you say helped you the most?

Hallo Anastasia, I would try

I would try to reintroduce everything in recovery that you craave or binge on, in your time.
Myself I have to eat vegan because of allergies,but binged always on milkproducts and other things I am allergic.Thats really difficult.I try to eatmost vegan and other things in very little amounts,when I crave them,but get pain from it also.But when I cut things out I get obsessed,too.With your nails-maybe a symptom of stress or from purging?My nails got better when I stopped purging.
I never eat meat,because I do not like it sinds 30 years.But this is the only thing I do not eat at all.
Good luck,

Hi Natasha, Thanks for

Thanks for sharing your thoughts. I just found out I have osteoporosis. I'm only 25 so I'm pretty upset and scared. Maybe that is related to my brittle nails too. I'm going to start eating bone broth, collagen, and certain sea foods. I hope I can help this! :/

I have broke my ribs twice

I have broke my ribs twice within the last 3 months. My doc hasn't sent me for a scan yet however I'm guessing I'm in the same boat as you.

I see this thread has evolved

I see this thread has evolved a bit from the original question posted and I'm a bit off-topic now, but I'd like to add in still, as I am vegan and have been so for about a year, and have prior to that been pescetarian for about 6 years. I'm not recovered (yet! :P), but from my personal experiences through this last year, I really don't feel that veganism is what's going to hold me back from making a full recovery. This has, of course, several and partly personal/individual reasons, so it might be different to others. Anyhow, to me, it goes like this:

The parts of being vegan while in recovery that I could think of being the most challenging, are adequate nourisment and the possibility of feeling deprived for excluding food groups.

First thing first, I have personally little trouble taking in enough energy as long as I keep close track of my food, and as I have always been somewhat of a geek, being eating disordered and transitioning into vegan I read and learned a great deal about plant based nutrition. Thus I am confident that I feed myself properly (I include supplements to be sure; plant-based omega 3 and vitamin D3, iron (I've had an iron deficiency) and The Vegan Society's own multivitamin supplement, designed especially to meet the needs of vegans). As a positive side effect I feel like I have a greater understanding of and respect for my body's need of food; I have a history of anorexia prior to bulimia, so lessening my fear of food is important to my recovery - as I presume it is to many others as well.

For the second part, feeling deprived, this has been more of a challenge to me than the nutritional part. I have binged on foods containing animal products, but this has been almost exclusively sweets and various baked goods that I've craved, and from that I take that it is not animal products in itself that I feel deprived of, but rather cakes etc. which happen to have animal produsct in them. All of those foods are replaceable with vegan versions that are just as tasty, and so I know that when the time comes for me to reintroduce triggerings foods, I will be perfectly able to find vegan chocolates, bisquits, cakes, sweets, spreads, burgers and even meringues (there was a tiny, but within the vegan community huge, revolution this spring when someone discovered how to replace egg whites for whippoing, and the last vegan cooking barrier was finally overcome) as well as plant-based butters, yoghurts and cheeses - in short everything I could ever want, and I am not worried that I will find at some point veganism is holding me back or keeping me in a state of deprivation; "everything you can eat, I can eat vegan". Furthermore, getting accustomed to vegan cooking opened up a new world of food to me, and through amazing food bloggers I actually regained my long lost faith in things such as genuine, 100% guilt-free love of food.

Perhaps needless to say, my perspective comes from the fact that veganism is to me a deeply ethical question, and as long as my physical health allows me to, I see no turning away from it when I've already "made the connection". In the face of animal products I see death and abuse rather than food, and this approach makes it a lot less likely that I should feel deprived.

I have also found that to me, in my life, veganism has opened up for positive changes. Going vegan opened doors for me into a community where I find support and where I have met many great people. I recently read in a paper that a study has shown how self confidence is not mainly linked to "making peace with oneself" (don't get me wrong, this is definitely important as well!), but to belonging in groups and communities, especially those who are identity-defining (i.e. religious groups, political parties, NGOs). I think that becoming part of the vegan community gave this to me, and has in that way helped me to "find myself", feel better about myself and grow more confident.

In addition, I find that being vegan has its perks when it comes to food directly, because I am not very open about my bulimia and food issues. Mental health problems (because although we treat bulimia here as a mainly physical condition it is still considered a psychological one by most people) are a great taboo and I am quite shy and insecure around others, so I found it very practical at social gatherings to be able to say "I'm vegan, so I can bring some food for me myself" rather than "I'm struggling with bulimia so I'd like to bring some food that I'm more comfortable eating". This is a double-edged sword, though, as it works quite poorly when it comes to gatherings within the vegan community, where everyone's vegan and so all the food is too, and when any of my non-vegan friends or in my family cook something vegan especially for me, I feel a lot more obliged to taste/eat it.

In short, there are ups and downs, but I think when all added up, being vegan will not make recovery much harder for me than it is for anybody else.

As for brittle nails and osteoporosis, you should probably consult a nutritionist. They're more skilled at nutrition than general doctors are. If you want to stay vegetarian, it could be an idea to look for a vegan/vegetarian friendly nutritionist; from what I've heard from other vegans consulting nutritionists, their knowledge of plant-based nutrition may vary a lot. I don't know of any specific people really, but for serious sites run by registered dietitians, you could check out Jack Norris and The Vegan RD. The content of their sites are extensive and might contain triggering articles, but there's a lot of sound, dependable nutritional information there as well.

Hi Angel333, I'm sorry to read about your broken ribs! How did it happen?? How is your recovery going? Please keep me updated.
xx

Hi Fumaria, Thank you so much

Hi Fumaria,
Thank you so much for sharing your experience and thoughts. I will look into finding a veg RD.
xx 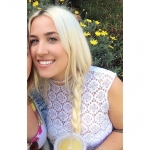 Hey!! Okay so I hAve tons of

Hey!! Okay so I hAve tons of experience in this area. Now,I am a full believer that being vegan is the healthiest thing you can do for your body if it is done correctly. I really don't think there is any nutrient in meat that can fix your nails because honestly I don't really believe animal products can provide any nutrients that a plant based diet can. I know it's annoying to hear that since a lot of people like to say "you're not doing it right." When you have problems as a vegan. That being said, I thought that being vegan held me back from recovering and I started to eat meat again because of it. I did find that eating meat stopped my binge cravings a little, but I think recovering is your mentality more than what you're eating. . I Eat vegan most of the time anyways, but I do think the pressure of knowing you HAVE to eat a certain way plays a big role in binge urges for me. If you want to stay vegan and don't want to eat animal products than that's amazing and I think you should stick to that. I have had trouble recovering as a vegan, as well as a non vegan and I don't think its the main thing holding you back. I think that eating enough food and calories is the key to stop binging, even if that Food is vegan. :)