Home › Forums › All categories › Binge busting › Will I ever cut back?

Will I ever cut back? 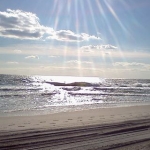 Will I ever cut back?

i have stopped purging. I absolutely hate purging and I've finally read enough to realize how awful it is for me and how it's not worth it. I thought that now that I know I'm not purging, I would naturally cut back on my snacking and sugar intake. I had been restricting my calorie and carb intake since January 1, and wound up with a week of binging and purging on everything that I had banned from my diet a couple of weeks ago. When I hit my all-time low, I signed up for this website. I read the Ebook and understand that bulimia is a result of a restrictive diet and I completely understand that. I just don't know if I'm ever going to be able to open a bag of something and eat a normal amount. I ate an entire bag of jelly beans at work yesterday. Not only does it make me feel sick, but I have a hard time getting work done in that state. I don't know why I do it to myself.

I am worried about logging my meals. I know it is probably the solution, but that is what has led to my worst periods of B/P and I want that to be over. Has anyone had positive experiences with the food diary on this site? Also, is there a light at the end of the tunnel with this period of not purging but still binging? As always, any help advice would be appreciated. Have a great day.

I am not exactly sure I can

I am not exactly sure I can answer this for you but I can tell you I was in the same boat. I have now decreased my binge/purge cycle. Eventually.. and it takes time.. your body realizes that you are not going to put all this food in to remove it as fast as you can. When this happens your body tries its best to cling to every thing you put in because it does not know how much it is going to loose. The same thing happens when you restrict calories. Yes, it may initially look like you are "losing weight" but each bite you put back into your mouth your body clings to for its next period of "starvation".

I am still working on my recovery. I continue to have one day a week where I binge/purge. Even though I am working towards fully being recovered one day is huge compared to 4 or 5, etc. I also have days where I eat "too much" in my mind... and I hate it.. but I believe we have to over-come this part to fully be recovered. You can do it!! It is a process and we have to all take small steps but you CAN and you WILL. Have faith in yourself. Just beacuse you think you eat "too much" of something or a "forbidden" food that does not mean you have ruined the day. Take a minute, check your hunger, drink some water and if you are still hungry eat something healthy. I find my binging occurs when I feel I have "ruined" the day so I might as well go all out.. which does more damage than the initial binge.

In regards to logging your meals.. I find some days it helps me and some days it makes it worse. If I see I have over eaten- it can trigger a binge because I already "messed up" my day. However this does not always happen. Give it a shot and see if it works for you. I continue to log using an iphone app called Myfitnesspal. I try not to focus so much on what it says but use it as tracking my binge/purge cycle.

I hope my rant helps a little! Hang in there!

Thanks so much for your

Thanks so much for your response, Shannyn. It sounds like you've made some great progress and you should be very proud! I have a feeling that once a week is going to turn into once every two weeks, and start to become less and less frequent for you.

I'm looking forward to the day when I can eat meals without guilt and a day when I can recognize when I've had enough to eat. I think a lot of my problem lies in knowing the difference between eating normally and binging, because I was restricting my eating for so long. I guess if I feel sick after a meal, I can consider it a binge. Since I stopped purging, I've stopped the mindless, eat-everything-in-sight binging because I know that I won't let myself purge. That's a good feeling.

I was using myfitnesspal on my iphone but I became obsessed with tracking every single calorie I ate to make sure I had exactly the same amount every day. I also weighed myself every day and recorded it on the site. I've been staying away from the scale and haven't been logging my food in fear that if I go over that certain number of calories, I will binge (for the reasons you described.) I'm trying to eat 5 meals a day and to stop eating when I'm full. I think that'll work best for me. I hope you have a great day!

Anytime.. it sounds like we are struggling with the same things. What you have said, I can totally relate to. I understand the hesitation with logging foods. I do think it can lead to being a trigger for me at times.. which is something I am trying to over come. A huge step is not purging.. and it is awesome you are able to do that. I admire your courage!

I know I still do not have a healthy relationship with food and it is something I need to work on. It will be a nice lonnngg process but I have a feeling if we set our minds to it we will be able to accomplish our goals!