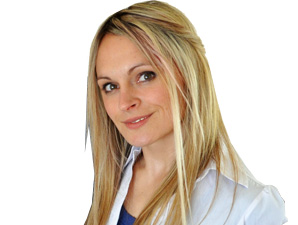 You can be cured from Bulimia... I'm living proof. It really saddens me to think of others suffering with bulimia.

My first hand experience comes with recovering from my own battle with bulimia that started as a teenager and continued for years of my life.

Not knowing where to start with recovery can be a problem. This is why I want to help others take action into their own hands with their own chaotic eating behaviors and truly make their own recovery possible...

It all started with a diet!

I never realized that my first diet would lead to bulimia!

The diet came at a cost: I lost my menstrual cycle, was always cold, irritable, became socially withdrawn, got very depressed, developed social anxiety, panic attacks, heart palpitations and severe food and body preoccupation. I aimed to meet unrealistic standards in all areas of my life, including my immaculate healthy eating and fitness regime.

Soon things began to change. Despite trying to cut back on most foods and stick to my heavily regimented eating plan, I couldn't seem to adopt the same control I once had.

Riddled with hunger, I ended up binging.

My first binge brought intense fear. I was petrified I might put on weight. One time I was in such a state of panic I decided to vomit.  After a successful, yet extremely exhausting attempt, I thought, "clever me; I can eat whatever I want on my ‘bad’ food list and simply vomit"! How wrong was I?

I remember thinking I will never become 'bulimic'; I have great control and even better willpower! I sometimes made myself sick after eating but I never imagined bulimia would start controlling my eating patterns. Bulimia gradually sneaked up on me and somehow managed to worm its way into my life.

I went from binging and purging once a week to twice a week. Over the months this went from twice a week to four times a week and so on, until it was up to 5 times a day!  This intensity took years to come about and did not happen overnight. This was the reason how it managed to ingrain itself into my everyday thoughts and actions.

I let it continue! I knew deep down I could not stop it. However, I was too scared to come face to face with this fact...

Caught in a vicious cycle

I lost control, this is terrifying! Soon I could not see a way out...

I had forgotten how to eat normally. I no longer had control over food. I felt that I was living my life on autopilot, binging, purging and starving... it was hell. If I ate I would not feel full, or sometimes feel 'too full' even after eating a very small amount. I was also riddled with intense guilt which would always lead to purging. I was living each day in a haze, pretending everything was OK, when really it wasn't!

I became trapped in a viscous cycle of starving, binging and purging. This nasty existence continued for nearly a decade of my life. I was desperate for a miracle cure!

I dreamt the day a pharmaceutical company would announce a cure, a new ‘bulimia miracle pill’ that would put an end to my torture with bulimia for good. Unfortunately this never happened".

Most of my friends and family had no idea what was going on. I am sure I seemed perfectly happy and 'normal' around others, perhaps a 'fussy' or 'healthy eater'. I kept it well hidden because I was too embarrassed to tell anyone.

I completely forgot what normal eating was. I could not handle urges to binge and purge. So, I could never imagine being able to eat normally again. I honestly thought that my normal eating ability was gone forever and completely impossible to get back.

In the past I skimmed over self-help books. In fact, I read everything about bulimia in an attempt to find out what on earth was happening to me. Unfortunately self-help books did not provoke enough incentive to make me stop.

I found a lot of the content about bulimia out there really depressing - making me worse from my already depressed state. It's not nice to read 'You have a disease', or that 'once a bulimic always a bulimic'. I also was not impressed reading 'you have deep rooted psychological problems'. This was far from the motivational advice I was looking for!

I lived with bulimia for many years. It came to the stage where I was binging and purging up to 7 times day. Uncontrollable to stop, I thought I was mad and believed it would never end.

Reading "You have a disease" & "bulimia is with you forever", was really upsetting. but... I become more determined to beat it!"

There must be another way out...
I needed to find a way out and combat bulimia for good!.

I soon realized that I was going the wrong way about recovery after stumbling across information that was vitally important towards it.

I found recovery relatively easy after gaining insightful knowledge into why bulimia was continuing in my life and learning techniques to get back in touch with my body again.

I have never looked back. I have been free from bulimia and all food issues ever since. So now I have to help others do the same!

I dedicated everything into building the most comprehensive and biggest bulimia 'self-help recovery' site available. My partner Richard and I got to work to build you a very impressive site. One that includes vitally important information needed for recovery, with a wide range of recovery tools and binge busting strategies.

Bulimia Help was built to reach all corners of the earth. Available for people who don't have the opportunity to book into expensive treatment centers and for those who simply need a push in the right direction.

I sometimes can't believe I managed to recover! These days I eat when I am hungry and stop when I am full, also I eat what I want and when I want it.

Bulimia Help can teach you how and help guide you through your recovery process.